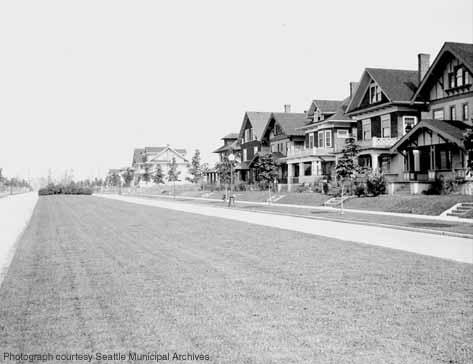 University Park is a turn-of-the-twentieth-century single-family addition to the University District, ranging from 16th Avenue NE in the west to 21st Avenue NE in the east, and from NE 50th Street in the south to Ravenna Park in the north. You can see your house in the map below:

University Park has many well preserved American Arts and Crafts houses which make our neighborhood interesting and inviting. Our two main Boulevards, 17th Ave NE and Ravenna Boulevard, were created by the Olmsted Brothers who planned a major part of Seattle’s parks and boulevard system in the early 20th century. In the north we have Ravenna Park, a remarkable oasis of quiet in the middle of the City (OK, there are exceptions, such as when medieval battles rage in the ravine). Ravenna Park transitions into Cowan Park and its playground to the west.

A convenient collection of useful information for our neighbor hood can be found in our Official 2019 upcc brochure.

Welcome to our University Park Neighborhood!